The management of human excreta and solid waste is a major problem in the Kenyan urban centers. Currently, only 12% of the Kenyan population is connected to the sewerage system while 5.6 million of the population defecate in the bushes. The rest of the population uses non-sewered sanitation facilities, of which 21 million people still use unsanitary or shared latrines. Solid waste also forms a major part of the sanitation issues in the country. For instance, it is estimated that about 3000 tonnes of solid waste is generated in Nairobi per day, but only half of it is collected.

It is estimated that poor sanitation provision costs the government KSh 27 billion (approx. USD 270 million) annually. This observation clearly demonstrates that Kenya contributes significantly to the current poor state of global sanitation, in which about 2.3 billion people lack access to basic sanitation services, while some 892 million practice open defecation. It also demonstrates the need to take appropriate measures to address the current issues around sanitation in the country. Those measures would require investment in innovative product and service development as well as effective capacity development for sanitation practitioners. This became the direct motivation for my participation in sanitation training programmes at IHE Delft, the Netherlands. The training has equipped me with skills, knowledge and great deal of experience for the practical application of solutions to complex sanitation challenges, particularly the application of Non Sewered Sanitation approaches and improving solid waste management in my city. The following are some of my contributions in the sanitation sector using the knowledge gained via the training at IHE Delft.

It was in response to addressing the challenges of faecal sludge and solid waste collections in the Kenyan cities that we recently introduced an innovative ICT based solution that could largely contribute in providing a lasting solution to the faecal sludge and solid waste management (FSM and SWM) problems in the cities. The proposed solution aims to integrate FSM and SWM into ICT with the mobile telephony being a focal point, to coordinate collection and proper disposal of the related wastes. To realize this, an innovative tool, that is, the Solicare® system will be created that provides a platform in which all stakeholders can effectively communicate and act accordingly to ensure adequate FSM and SWM. By effective participation, the Solicare® system will ensure proper monitoring, transparency, and accountability to all parties involved (i.e. the city governments, pit emptiers, and solid waste collection companies, etc.) and ultimately lead to improved service delivery. 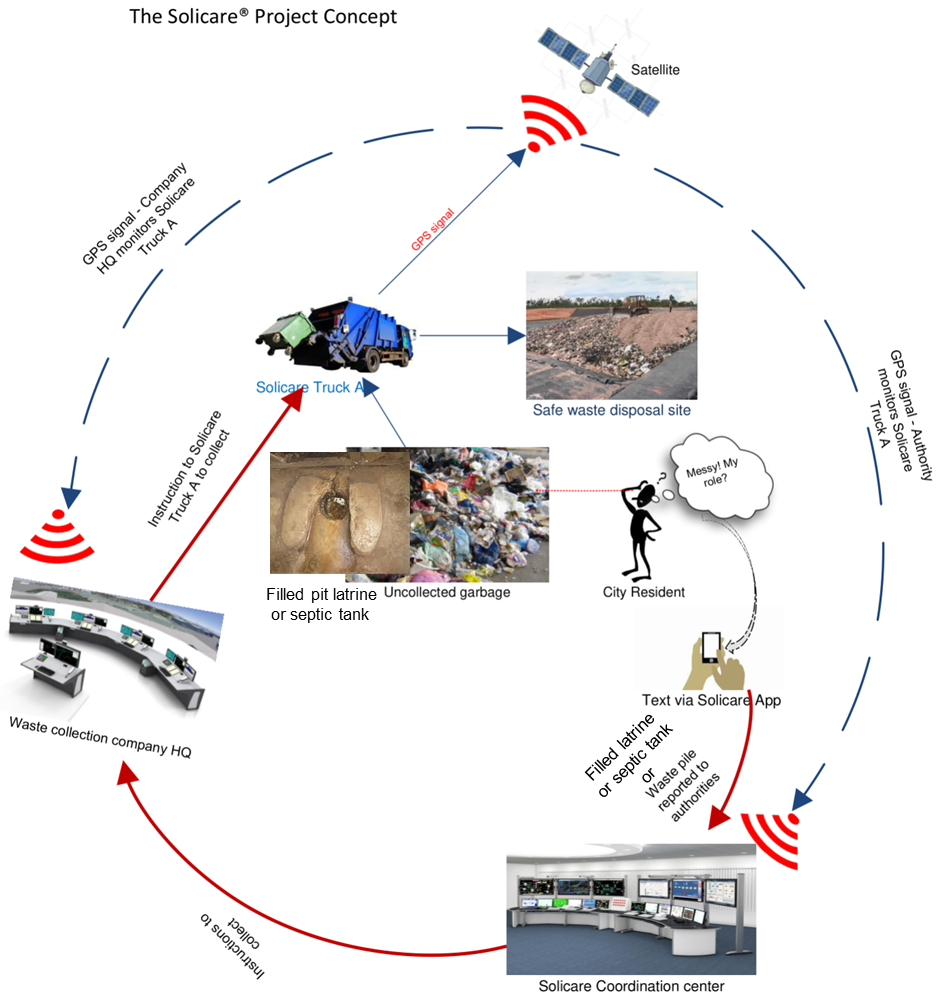 Both FSM and SWM chains have various functional elements/components, but the proposed Solicare® system is centered on the collection component which is critical in those sanitation service chains. The innovative FSM and SWM platform will aid to bring the stakeholders together to ensure their active and effective participation in resolving the faecal sludge and solid waste collection problems. It provides the city residents an accessible and reliable communication means by which to lodge their grievances regarding faecal sludge and solid waste collection to the relevant authorities. This approach is founded on the motivation that the problem associated with FSM and SWM in the Kenyan cities can be alleviated if active public participation is effectively entrenched in the management, for instance, by ensuring that the public directly report on filled up toilets due for desludging and the existence of garbage due for collection. When successfully implemented, it is expected that the proposed Solicare system will contribute in a lasting solution to FSM and SWM challenges in Kenya.

In addition to the above, as a lecturer at the University of Eldoret and a guest lecturer at the Meru University of Science & Technology, I have continued to provide teaching and training to students and practitioners in subjects related to sewerage, wastewater and fecal sludge management. Also, the knowledge acquired at IHE Delft has been instrumental in the development of a short course curriculum on FSM for the Meru University of Science & Technology alongside the establishment of a Sanitation Research Centre (SRC) facility at the university. I have also been instrumental, as a lead sanitation expert, in a decentralized wastewater treatment and reuse project at the Municipality of Slobozia Mare in Cahul, Moldova.

I am also one of the key sanitation professionals who are currently involved in the planned transfer of the IHE Delft-based MSc programme in Sanitation at the Meru University of Science & Technology as a 1st tier partner institution and subsequently at the University of Eldoret as a 2nd tier partner institution. Moreover, I am among the lead researchers that are currently involved in the field test of the emergency sanitation operation system (eSOS) toilet in Nairobi, Kenya.

I strongly believe that sustained research, training and innovation in the area of non sewered sanitation and solid waste management is key to address the currently poor state of global sanitation. The proposed Solicare® system will definitely be a great contribution to address sanitation issues in the Kenyan urban centers. The system, once developed and validated, can be applied in the many other cities around the world that experience similar problems. 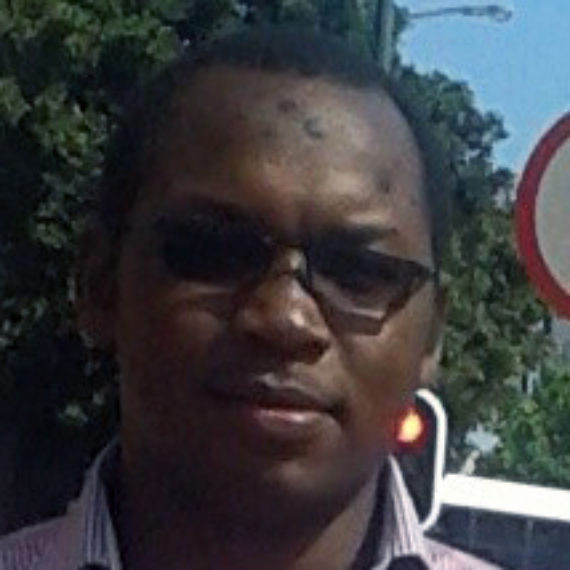 Are you interested to learn how I have facilitated establishment of the Sanitation Research Center at my university?

After I completed MSc study at IHE Delft I applied skills in practice. Do you want to learn how?

After I completed PhD study in Delft I returned to my country to improve FS and waste management.

If you want to know how I helped IDPs in Sudan to manage their faecal sludge, click here.

If you want to learn how I contributed to capacity building i Niger click here.

Do you want to learn how I applied knowledge from the onlie course on FSM in practice? Click here.

My story is about constructing the solid pit latrines in Malawi.

Here you can read how I improved wetlands system for faecal sludge treatment in Bangladesh.

10 of 10
Previous story
Next story

Although all care is taken to ensure the integrity and the quality of alumni stories and the information herein, no responsibility is assumed by the authors nor IHE Delft for any damage to the property or persons as a result of the use of the information contained herein. IHE Delft was not in a position to check and verify the accuracy and authenticity of the information published in the stories. For any additional information about the story please contact the author.